Secure your spot and get started today with our EXCLUSIVE offer!

By opting into the web form above you are providing consent for KSK Martial Arts Academy to send you periodic text messages. Standard rates may apply. You can reply HELP at anytime or learn more. You may opt-out anytime by replying STOP.

We originally put my son into jujitsu to help him with focus, however after 5 years at KSK we got a lot more than that. Sensei Greg is amazing with the kids and has a great understanding of each of their individual needs. He knows how to work with children who struggle with behavior, those who are shy, fearful, unfocused, being bullied or have low self esteem. He definitely has a good balance between discipline and fun. His sense of humor is very entertaining not only for the kids, but the adults as well. I love that the kids are not just rewarded with belts so easily, they really need to work hard to earn them. My son has learned a lot about respect and how to conduct himself in and out the dojo. Sensei gives the children opportunities to be leaders amongst their peers and that's a great skill to carry on with them. I definitely feel it's helped my son with confidence and he's having a great time learning all these amazing skills. He never wants to miss a class. It's truly a great family owned business that I have recommended to several friends.

So happy we found this dojo! Greg is passionate about his art and in helping the students grow, both athletically and personally. The after-school program is a wonderful service for working parents. Highly recommend.

My son has attended classes here for 2 years. I remain impressed by the curriculum, the cleanliness of the studio, the quality of the instruction, and the family atmosphere they offer. My son has moved up the ranks gradually (very slowly!), but it has helped him develop character and patience and continues to help him define and polish his commitment to the sport. One thing I appreciate the most is the level of integrity that is displayed and modeled for the students (not just in martial arts, but in life situations). It has been a positive experience for us, and we will continue to be a part of this dojo. 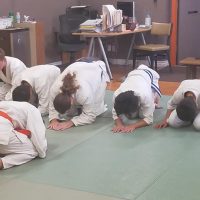 Authentic Japanese way of leading youngsters to the productive part of the community. Even though this style of jujitsu is developed by Japanese judo experts in Hawaii I would consider the style authentic Japanese.

This review is long overdue. If I could give 10 stars I would. My daughter started here in January. She has never been very athletic or even really motivated to do anything physical. She is a girly girl to the fullest. Since attending KSK she's so much more confident and disciplined. She gives everything she does 110% effort now. She just wants to be the best at everything and works on her Jujitsu techniques at home because she loves it so much. Sensei does an amazing job at teaching the kids everything they need to know while ensuring all of the students are safe and no one feels uncomfortable or out of place. If your contemplating coming to KSK you won't be disappointed!

I can't say enough about Sensei Greg and the staff at KSK. Jujitsu has been such a great experience for my boys. It gives them a controlled environment to release that "boy energy", they learn discipline and respect, it builds self confidence, they learn self defense/anti bullying tricks and best of all they have fun. Sensei demands respect without being a heavy handed task master. He makes working out fun. And most importantly I think he really likes the kids in his program. As a parent you really can't ask for more. Seeing the successes my kids have had through jujitsu has really been rewarding. There are a lot of McDojos out there. KSK is not that, it is an "old school" dojo teaching the finest aspects of martial arts. I would not take my boys anywhere else.

Great school. Good instruction, has a good feel to it. Only have been going for a short time but very happy with this dojo so far.

I'm 44 yrs old and I've been taking classes at KSK. I wanted to wait a year before I wrote this review. I've done martial arts off and on for many years now, Wing Chun and Escrima, and I can honestly say this dojo is a great place to learn. Sensei Greg and the staff teach not only a traditional martial art but also its practical usage. Promotions are based on actual student knowledge and performance and every effort is made to make sure you are ready. The emphasis here is respect, technique, confidence, and camaraderie. I'm glad I found this place, this style of martial art and this team. Now I have my son going here and enjoy watching him flourish.

Great place to grow within a caring environment and friendship.

The dojo has been a major part of my life for almost 10 years. Every class brings new things and renews my passion for martial arts. I look forward to training every day.

My sons are 11 and 14 and they look forward to each jujitsu class at KSK dojo so much. It is one of the best things I have done for my kids. For their health, confidence and happiness. 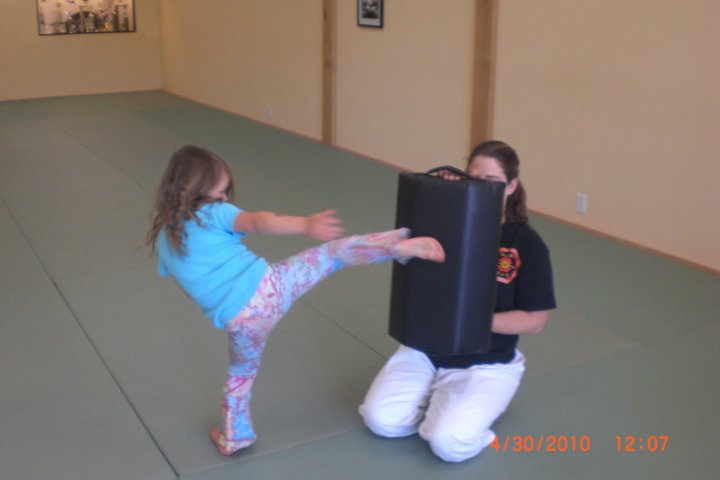 Exercise is great for every kid. But kids who learn and think differently can have a hard time finding a sport that suits them. Find out why martial arts might be a good fit for your child.

What Are Martial Arts?

Martial arts are an ancient practice from Asia. They were originally meant for self-defense. Today, lots of people do martial arts to build physical and mental strength.

There are many different types of martial arts. Some—like karate and tae kwon do—focus on striking and blocking. Others—like judo and jiu-jitsu—focus on wrestling and grappling. All use planned, repeated movements and focus on the connection between mind and body.

Lots of families say martial arts help boost their kids’ self-control and focus. Some research supports this, says Kimberley D. Lakes, Ph.D., of the Pediatric Exercise and Genomics Research Center at the University of California, Irvine. (Most studies don’t focus specifically on kids who learn and think differently, though.)

The Benefits of Martial Arts for Kids

There are lots of reasons martial arts might be a good match for kids who learn and think differently. Here are nine benefits.

What to Look For in a Martial Arts Class

Your neighborhood may have classes for different kinds of martial arts. Some, like mixed martial arts (or MMA), are more aggressive and might not be the best choice for kids.

Most youth classes teach tae kwon do or karate. The type you choose for your child, though, isn’t as important as how a studio teaches, Lake says.

Before you sign on, meet with the head of the studio. Be honest about your child’s challenges. Explain what you’re hoping your child gets out of the class.

For the best experience, look for a school that:

Martial arts are a great opportunity for kids to build positive self-esteem and find community.